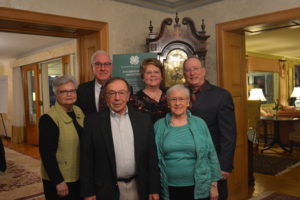 Here’s how you can make an impact and support 4-H through one or more of the following:
• 4-H program support provides science literacy, healthy lifestyles, leadership and civic engagement, workforce readiness and financial literacy.
• 4-H volunteer development ensures that 4-H volunteers are recognized, trained and supported for their work with youth.
• Facilities improvement maintains place-based learning at Kettunen Center and/or the Michigan 4-H Children’s Gardens.
• Endowments established provide perpetual support for 4-H programs or facilities.

As you consider your giving, reflect on what it is that you care most about in 4-H – whether that is empowering youth, training volunteers, growing a local or statewide endowment, or documenting a planned or estate gift in support of Michigan 4-H can leave a legacy for years to come and help toward the campaign goal.

Gifts must be received by Dec. 31, 2018 to count toward campaign totals.

For more information on the campaign and ways to support 4-H, contact Amanda Masters at 517-884-4691 or amasters@msu.edu. 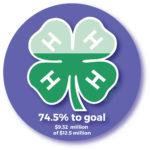 Thank you for helping us to log another million dollars for Michigan 4-H’s future! As of Nov. 15, 2016 total giving for the Campaign for Michigan 4-H’s Future totaled $9.32 million – 74.5 percent of the $12.5 million campaign goal. The campaign has two years and $3.2 million more to go.

A major component of the campaign has been to raise awareness and support of local 4-H programs through the Make the Match County 4-H Endowment Campaign. Many friends have said yes to sustain 4-H programs in their communities through investments to establish and grow county 4-H endowments.

In addition to support for local 4-H programs, The Campaign for Michigan 4-H’s Future has a $4.5 million goal for statewide 4-H program support for science literacy; healthy lifestyles; leadership and civic engagement; workforce readiness and financial literacy; and volunteer development.

The Michigan 4-H Foundation’s Leadership 10 is a group of 10 couples who have assumed the role of serving as the face of the capital campaign by sharing their compelling 4-H story and support of Michigan 4-H. These carefully selected individuals provide their leadership through their generous gifts and participation in foundation campaign activities. Learn more about the Leadership 10.

Although contributions from July 1, 2011 through June 30, 2018 are included in campaign totals, The Campaign for Michigan 4-H’s Future public launch was Oct. 3, 2014, at the 4-H Town and Country Gala at the Downtown Market in Grand Rapids, Mich. Guests celebrated the initial campaign investments that help 4-H engage youth in relevant and interesting ways today, grow and diversify its volunteer base, and enhance program delivery to best serve the needs of Michigan’s young people well into the future. Recipients of the 4-H Emerald Awards were also honored at the gala.

With just over one year of the campaign left and $2.22 million to go, 4-H needs you.

Consider how you can make an impact and support 4-H through one or more of the following priority areas:

As you consider your giving, reflect on what it is that you care most about in 4-H – whether that is empowering youth, training volunteers, growing local or statewide endowment or documenting a future gift to leave a legacy for years to come.

For more information on the Campaign for Michigan 4-H’s Future and ways to support 4-H, contact Amanda Masters at (517) 884-4691 or amasters@msu.edu. 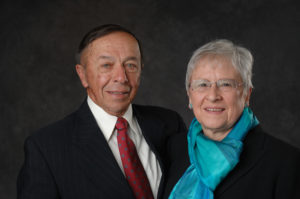 Noel Stuckman and Sandra Clarkson Stuckman, of DeWitt, have documented a planned gift that will help ensure the viability of Michigan 4-H for the future.

“We had been giving cash gifts regularly, and as we got older we thought we had to get more organized in our approach, and it was time for an estate plan,” Sandy said.

A planned or deferred gift is a donation that is arranged by the donor, typically through a will, trust or estate plan, to be allocated at a future time, often after the donor has passed away. Planned gifts can be funded with cash, equity or property through a variety of gift vehicles.

The Stuckmans had each been donors to the Michigan 4-H Foundation and Michigan State University prior to their marriage in 1999. Their annual charitable contributions have been through a variety of outright methods including cash, pledges, appreciated stock, qualified charitable distributions from IRAs and in-kind gifts of property. Over the years, their annual gifts have supported state and county 4-H endowments, Kettunen Center, the Michigan 4-H Children’s Gardens, the MSU Spartan Fund, the MSU College of Agriculture and Natural Resources Department of Agricultural, Food and Resources Economics and the Doris Wetters Endowed Fellowship Fund. They are also donors to the MSU Horticulture Gardens, Wharton Center and WKAR.

“We want those organizations to continue,” Sandy said. “That’s why we give – because we care about the results of these programs for people. And that’s the basis of our philosophy for philanthropy.”

Both Sandy and Noel grew up as 4-H members in Indiana. Noel received his bachelor’s degree in agricultural economics at Purdue University. He had a career with Michigan Farm Bureau affiliate companies.

“I believe that 4-H has a great future,” he continued. “That’s why we’ve decided to direct our money to the Michigan 4-H Foundation. It does a lot of great things, it’s a great support group for 4-H and we believe in it.

“An estate plan is flexible – we can change it as time goes on,” he said. “It’s a working document, and we hope to be around many years to work on our plan.”

Sandy is also a Purdue University graduate. She came to Michigan State University for her master’s degree. She served as Michigan’s state 4-H leader from 1991 to 1998. Under her leadership, the Michigan 4-H China Project and the 4-H Chinese Art Exchange were established; she oversaw the official opening of the Michigan 4-H Children’s Garden; and she was a strong partner through the Kettunen Center Vision 2021 project. During her tenure as state 4-H leader, she also served as trustee and secretary of the Michigan 4-H Foundation Board of Trustees, and in 2014, she was elected honorary trustee.

“I was an MSU Extension staff member when I set up an endowment at the 4-H Foundation for 4-H leadership and community service,” Sandy said. “In addition to giving to that regularly, we have a planned gift that will go there when we’re both gone. I, too, was an Indiana 4-H member for 10 plus years, and part of my career was with 4-H. I was a regional supervisor and was the acting state 4-H leader, so 4-H has been important in my life growing up.”

During this capital campaign, Sandy and Noel have been members of the Leadership 10. They were lead individual donors to the county endowment match pool and co-hosted an event at Cowles House to help grow the match fund. They also helped lead a successful endowment campaign in Clinton County including hosting a kickoff event at the Stuckman farm.

“We really feel privileged to be in a position to do what we’re doing. And, though it takes time, there is satisfaction to know that we’re going to help 4-H youth, leaders and families.” Sandy said.

Sandy and Noel’s planned gift also qualified them as members of the A.G. Kettunen Society. The society was established in 2007 to provide lifetime recognition to donors who have made documented future gifts to 4-H. It allows donors to share their wishes and the impact they would like to see their gifts make to benefit Michigan’s youth. A.G. Kettunen Society members receive a recognition certificate, permanent acknowledgement as legacy donors in the annual report and, for gifts that bring a donor’s cumulative giving at or above $25,000 at maturity, recognition as Cornerstone Society members.

“Our comments may reflect that we had these plans in place all these years. It really has evolved over time,” Sandy said. “It is satisfying once you get there and sign the document and know it’s going to help people in the future.

If you are considering a planned or special gift, contact Amanda Masters at (517) 884-4691 or by e-mail at amasters@msu.edu.