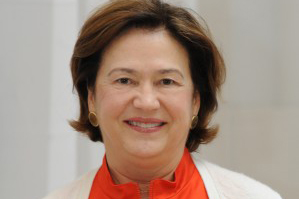 Janet and former Gov. James Blanchard have established a new endowment to support post-secondary scholarships for 4-H’ers attending Michigan State University (MSU). The scholarship application will be open from March 1-31, 2021.

“4-H is such a great program,” Janet said. “It’s a great program for kids to learn how to work together, run a meeting, learn Robert’s Rules of Order. It teaches you skills you can use.”

The Janet A. Blanchard 4-H Leadership Scholarship Endowment will provide scholarships for Michigan 4-H’ers enrolled as full-time MSU students pursuing an undergraduate degree in any major. Recipients must have been enrolled club members of Michigan 4-H Youth Development, demonstrated leadership and been involved in extracurricular activities prior to attending MSU.

The application for the Janet A. Blanchard 4-H Leadership Scholarship will be open for the 2021-22 academic year from March 1-31, 2021. Students should apply online at scholarships.msu.edu. Recipients will be selected during the spring semester, with awards to be effective the following fall semester. The number of awards made each year, and the amount of the awards will be based upon available expendable amounts in that year.

“We are so pleased to be able to offer more scholarships for 4-H’ers attending Michigan State University,” said Jake DeDecker, state leader for Michigan 4-H Youth Development. “We are honored to have such generous alumni of our 4-H program, like Janet, who give back to help today’s youth succeed.”

Janet attended MSU in the mid-1970s and later took evening classes, earning a bachelor’s degree in 1988 from Western Michigan University’s satellite program in Lansing, Mich. Gov. Jim Blanchard earned both a bachelor’s degree in social science in 1964 and an MBA in 1965 from MSU, as well as a juris doctorate from the University of Minnesota in 1968. They have been supporters of MSU athletics and established the Governor Jim Blanchard Public Service Forum.

“Jim and I have done a lot at MSU. I’ve said all along I’d like to do something – an endowment for 4-H,” Janet said. “An endowment goes on forever. It will go on after we’re gone. We’ll likely enhance it by giving more.

“It’s an investment in the future and an investment in students coming to MSU that may need some financial help. Anytime you can help a student, help prepare them for the future, that’s a good thing. This fund will enable future students — future leaders — with a scholarship. Every little bit helps. We have the means to contribute back and that’s what we like to do — help others.

“It’s important because I can give back. 4-H means a lot to me,” Janet said. “It was the best experience growing up.”

“It’s important because I can give back. 4-H means a lot to me. It was the best experience I had growing up.–JANET BLANCHARD, INGHAM COUNTY 4-H ALUMNA

An Ingham County 4-H alumna, Janet grew up on a farm in Williamston, Mich. She and her brother were both members of the Wheatfield 4-H Club where she recalls attending monthly 4-H meetings, learning life skills, and working throughout the year on 4-H projects. She also has fond memories attending the Ingham County Fair.

“We were both in 4-H with cattle – steers and my grand champion Angus heifer. I also did a year of sewing, flowers and so on,” Janet recalled.

“The whole 4-H fair week experience was so exciting,” she continued. “It taught me responsibility, how to prepare for it, how to be organized, how to work with other people, it just goes on and on. These are skills you use for a lifetime. I can’t stress that enough. They are lifetime skills that are taught by 4-H.”

Janet still recalls the 4-H pledge which is traditionally recited before 4-H meetings:
I pledge my head to clearer thinking,
My heart to greater loyalty,
My hands to larger service, and
My health to better living,
For my club, my community, my country and my world.

She says although the 4-H program is over a century old, the 4-H pledge is even more relevant today. “If everyone read this pledge and lived by it, we would have a better world,” she said.

“I’ve been involved with organizations bringing students in from all over the world for leadership training. I’ve continued to be involved in programs and young people,” she said. “4-H gave me a good base for doing all of this.”

Janet served as a Michigan 4-H Foundation trustee from 1989 to 1998. She co-chaired the foundation’s Campaign for 4-H from 2000 to 2007, raising $10.3 million for Michigan 4-H. During the campaign, she hosted a 4-H fundraising event at her home in Beverly Hills, Mich. She was honored as an outstanding Michigan 4-H alumna as a member of the inaugural 4-H Emerald Clover Society in 2002, and in 2008 she served as Mistress of Ceremonies for the society. In 2009, Janet was inducted into the National 4-H Hall of Fame for her service to 4-H and community.

“The lifelong skills that I learned in 4-H were a solid base for me in my professional life when I worked in a number of positions in state government, the governor’s office, on local, state and national campaigns, in President Clinton’s White House, as Director of Protocol for the World War II Memorial Dedication and as a board member of several national organizations.”

Prior to becoming Michigan’s First Lady, Janet Blanchard spent decades in public service in Michigan, Washington, D.C., and Canada. In Michigan, she worked in various management and administrative positions for the Departments of Education, Commerce, Civil Service, Labor, Management and Budget, and the Executive Office of the Governor.

Her career highlights include serving as Michigan’s Deputy Director of the Cabinet Council on Human Investments and co-chair of the Governor’s Telecommunications Task Force. In 1993, she served as associate director of Presidential Personnel in the White House under President Clinton. She oversaw appointments to boards and commissions, making recommendations for appointments to the President.

In 2004, while her husband served as ambassador to Canada, she served on the board of the Centre for Studies of Children at Risk at McMaster University in Ontario and was active in community affairs in Ottawa. She was also directly involved in the planning and implementation of the President and Vice President’s official visits to Ottawa.