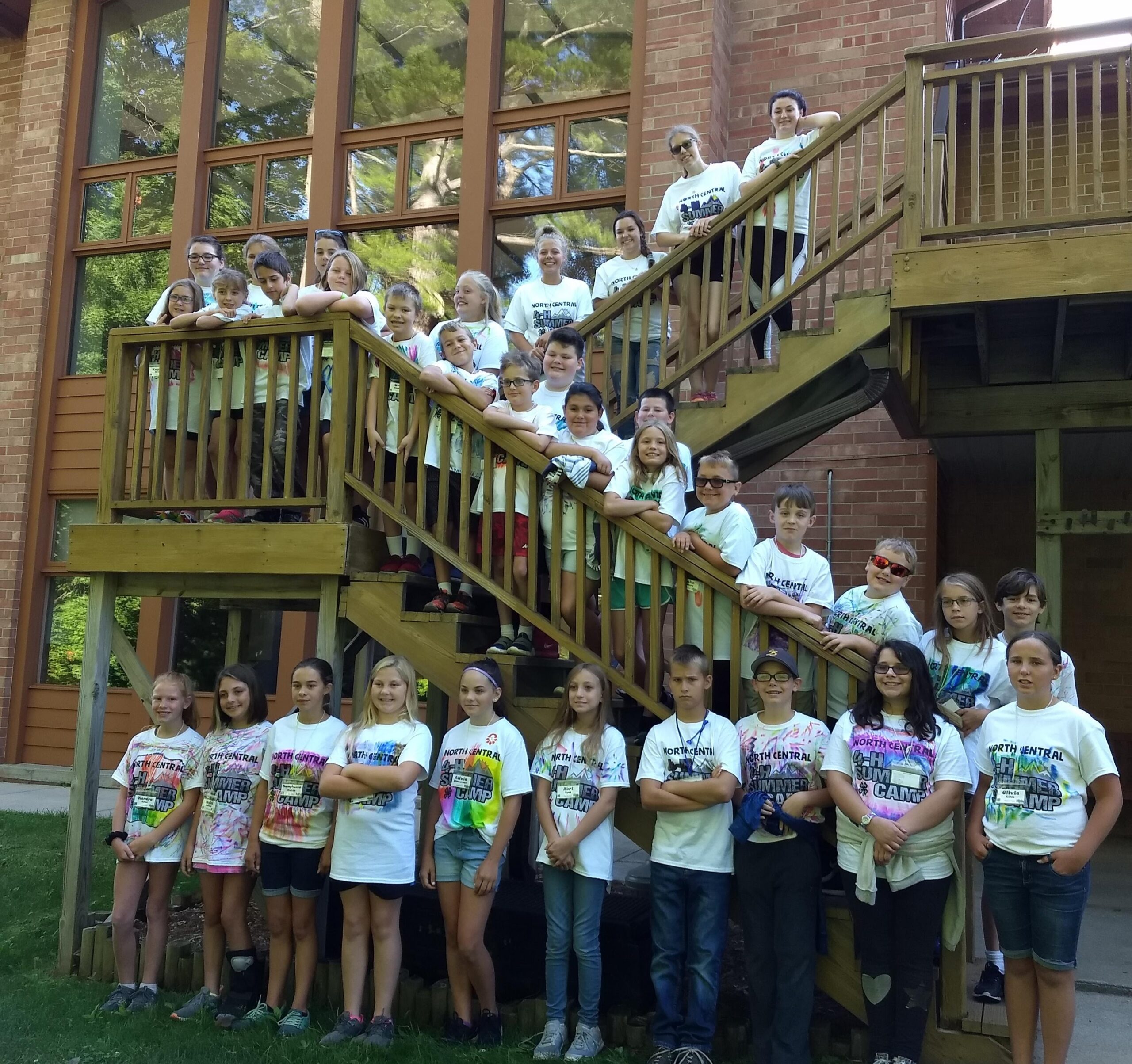 Kettunen Center was host to the North Central 4-H Camp. 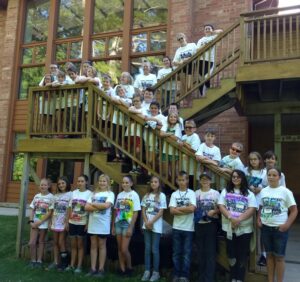 For more than 30 years, Arenac, Iosco and Ogemaw counties have held an annual summer camp, North Central 4-H Summer Camp. Over the past three decades, the summer camp has been held at a handful of northern Michigan locations.

This summer, to accommodate the camp’s continued growth, the 4-H program coordinators moved their camp to Kettunen Center, the full-service conference and retreat facility owned by the Michigan 4-H Foundation in Tustin, Michigan, near Cadillac. Thirty-two youth ages 8 to 11 attended the two-day camp in early August.

“This is the first time for us to hold camp at Kettunen Center, and it was great,” said Melissa Prohaska, MSU Extension 4-H program coordinator. “It was a little different from our normal set-up, as youth normally sleep in cabins rather than rooms, but it worked very well. We tried to keep as much of the camp atmosphere as possible by having the youth bring their own sleeping bags, having an evening campfire and holding sessions outside when possible.”

“This camp has always been STEM-based, and over the past couple of years we have added arts to the sessions offered, making all sessions STEAM [Science, Technology, Engineering, Arts and Math]-based,” Prohaska said.

Topics of activities range from beekeeping and making smoothies to shooting sports and spa and relaxation. Activities change from year to year. The top three favorite activities for youth at the camp were water time, fishing and sports court. The sessions also allow youth a sample of the types of projects that might be available through 4-H.

“The on-site lake, trails and woods were great for our event,” Prohaska said. “This is my first time being at Kettunen Center for a youth-focused event, and the facility worked great!”

The Kettunen Center holds many 4-H events throughout the year including 4-H workshops, band camps, family reunions and other conferences.

“Since 1961, Kettunen Center has served Michigan 4-H teens and adults as a location for educational workshops,” said Chris Gentry, Kettunen Center director. “It is exciting to see the North Central 4-H Summer Camp utilizing all that the center has to offer!”