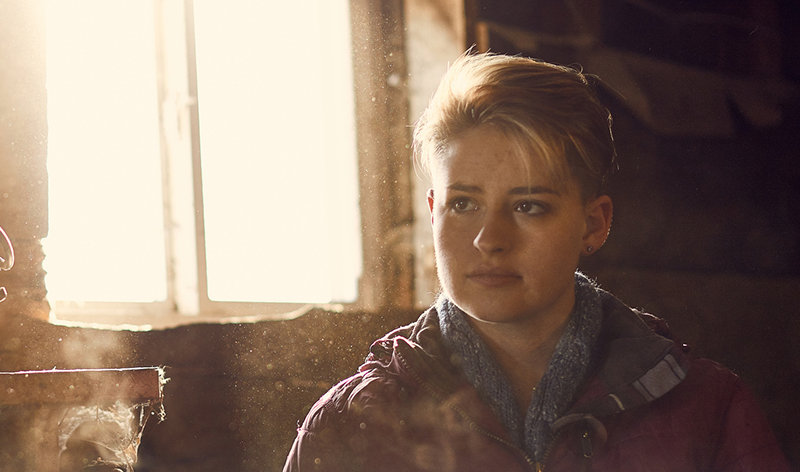 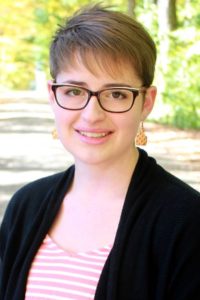 Addy Battel, 16, of Cass City, Michigan, is the winner of the 2019 4-H Youth in Action Pillar Award for Agriculture from National 4-H Council. Battel was recognized nationally for her leadership as co-founder of “Meating the Need for Our Village,” a program designed to combat food insecurity in her community.

At just 12 years old, Battel started the program with a team of fellow Huron County 4-H’ers after the city became a food desert when the community’s only grocery store closed. Recognizing the need for higher quality foods for those in need, Battel secured grants and contributions from the community and began providing high-quality protein to local food pantries.

“When I found out that 17 percent of my community was food-insecure, my passion really took off – there was a tangible need in my community, and there was something I could do about it. Since then, we’ve made a $54,000 impact through 10,000 pounds of meat, 1,368 gallons of milk and 92 dozen eggs,”  Battel said.

Battel credits teamwork as the backbone of the project. Battel is a confident, big-picture thinker; her teammate Pearl Daskam thinks through the details to make it happen. They’ve learned to work together through differences of opinion to create a truly outstanding program and encourage youth to donate to meeting a community need.

Battel’s remarkable efforts to combat food insecurity are rooted in a passion for agriculture. From the age of 3, Battel was exposed to 4-H programming through Michigan State University Extension. After putting forth the hard work to raise and show her first market goat, she knew she’d found something she loved to do and wanted to share with others.

Exposing youth with special needs to farm animals is especially important to Battel. When her family adopted her two younger brothers, who both have autism, Battel quickly realized that exposure to animals sparked a change in them.

“For both of my brothers, animals are very powerful and almost therapeutic. One of my brothers struggles with behavioral episodes, and exposure to animals helps calm him,” Battel said. “Our family has access to the tools and resources to fight for my brothers’ medical needs, but we’re also able to provide them with the right help behaviorally with our animals.”

When a mom asked if her son Jacob, who uses a wheelchair, could show an animal, Battel leaped into action, thinking creatively to find ways to support Jacob as he learned to show his goat. Jacob’s joy at spending time with animals on the farm was another powerful testimony to Addy of the therapeutic impact that animals can make in the lives of young people.

Battel will receive a $5,000 scholarship for higher education and serve as an advocate and spokesperson for 4-H agriculture programming. She was recognized as the 2019 4-H Youth in Action Pillar Winner for Agriculture, sponsored by Bayer, at the 10th Annual 4-H Legacy Awards in Washington, D.C., March 12. She was joined by three other 2019 Youth in Action Pillar winners: Clyde Van Dyke of New York (STEM), Elisabeth Watkins of California (Healthy Living) and Mason McClintock of Georgia (Civic Engagement).

The 4-H Youth in Action Awards began in 2010 to recognize 4-H’ers who have used the knowledge they gained in 4-H to create a lasting impact in their communities. Battel is only the second Michigan 4-H’er to be honored with this prestigious award.

“Addy’s accomplishments are proof that, when given the proper tools and knowledge, kids and teens have the power to make society a more accessible, welcoming and healthier place,” said Darren Wallis, vice president of communications at Bayer in North America. “What’s always been clear to us is that STEM is core to solving some of society’s most challenging problems, and Bayer is proud to partner with 4-H to recognize standout students like Addy and provide valuable education to youth nationwide.”

To learn more about 4-H Youth in Action and to view the other pillar winners from around the country, please visit: www.4-h.org/youthinaction. This story was written and published by National 4-H Council and edited for use here.