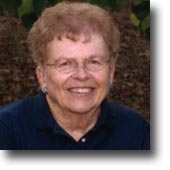 4-H gave us an opportunity to learn new and exciting things, to travel to places we never thought possible and to be mentored by the greatest leaders all from Extension who said you can be anything you want to be. Work hard, set your sights high and you will achieve4-H is in our blood!

As a member of the Victor 4-H Club and the Clinton County 4-H Service Club, Shirley Hazle learned the significance 4-H can have on young people, as such she has been a Clinton County 4-H leader for 52 years dedicating her life to 4-H. Hazle has served as Clinton County 4-H Dairy Council president, is a member of several Clinton County 4-H committees and served on the State 4-H Food and Nutrition Programming Committee for many years. She developed a Dairy Foods Demonstration Contest at the Clinton County 4-H and Youth Fair, has judged at many county fairs and has led workshops promoting dairy foods and nutrition through the years. Co-owner and operator of Golden Knob Dairy Farm with her husband, George, Hazel has been active in the Michigan Holstein Associations adult and junior programs and has attended two National Holstein Association conventions. She is a member of the Michigan Milk Producers Association, the United Dairy Industry of Michigan and was the Farm Womens Symposium chair from 2005 to 2007. She is also active in her local community serving on both the Victor Township planning committee and the historical society. Hazle and her husband were honored by the Michigan Dairy Memorial and Scholarship Foundation in 2007. In memoriam July 23, 2014.