2016-17 Board of Trustees Election Results

Re-elected to three-year terms on the board were: John D. Hatfield, of Midland, Harmony L. Nowlin, of Elwell, and Douglas E. Lewis, of Milan. 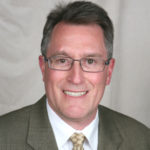 Bosserd was elected to a three-year term in April and confirmed by the membership in October. He serves clients in Michigan as an area representative for Haldermans Real Estate and Farm Management Services where he has served Halderman clients since 2001 in real estate, farm management and appraisals services. Prior to joining Halderman’s, Bosserd worked as a loan officer and appraiser for over 19 years with GreenStone Farm Credit Services. He has been a certified general appraiser in Michigan since 1994. He is a member of the American Society of Farm Managers and Rural Appraisers and is a former president of the Michigan chapter. A Calhoun County 4-H alumnus, Bosserd was raised on a dairy farm and hold a bachelor’s degree from Michigan State University (MSU) and a master’s degree from Eastern Michigan University, both in business administration. 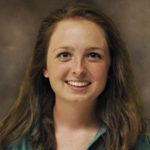 Kittendorf fills one of three positions on the board reserved for trustees between the ages of 16 and 22. She is a Michigan State University student pursuing a degree in animal science with a swine specialization and minors in international agriculture and sustainable agriculture. She is also in the MSU Academic Scholars Program. Kittendorf has been a Monroe County 4-H member since 2005 involved with swine, poultry and rabbit projects. She served as president of the Junior Livestock Association from 2013-15. She currently serves as a member of the State 4-H Youth Leadership Council and as vice president of the MSU Animal Science Undergraduate Research Student Association where she volunteers for the Ingham County Animal Control Shelter and assists with research analyzing the relationship between fiber and constipation in gestating sows. She also is employed by the Matthes Evergreen Tree Farm and is a sales representative for the Wie
lfaert Farm and Greenhouse.

Trustees retiring from the board were also recognized Oct. 7 for their service to 4-H: Ronald H. Schoen, of Okemos, and Joseph T.W. Buis, of South Lyon.

Also retiring from the board Dec. 31 is Diana (Dee) L. Miller, of Kalkaska, who serves as the appointed representative of the Michigan Council of Extension Associations (MCEA) on the board. 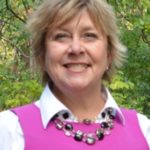 Sheila Urban Smith, of Williamston, will assume the MCEA board position Jan. 1, 2017. Smith is a 4-H program leader with the MSU Extension Children and Youth Institute. Smith serves as a member of the 4-H Life Skills work team and served as the county staff representative on the Michigan 4-H Foundation’s board development committee from 2005-2016. She has served in a variety of MSU Extension and 4-H leadership roles at the state and national levels including NAE4-HA committee chair from 2013-16, MAE4-HYS president in 2011 and a current Michigan Council of Extension Agents (MCEA) board member. She also is a member of the Michigan Afterschool Partnership, served as the NAE4-HA 50th Anniversary Committee chair in 1996 and led the external events sub-committee for the Michigan 4-H Foundation 4-H Centennial Celebration Task Force in 2002. Smith is active in her local community with the Williamston Schools Foundation, Williamston Soccer Boosters and as a member of the Faith Lutheran Church of Okemos. 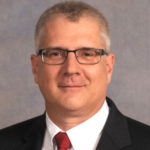 Additionally, Ronald L. Hendrick, of East Lansing, joined the board as a permanent trustee as the dean of the MSU College of Agriculture and Natural Resources effective July 1, 2016. He succeeded Fred L. Poston, who retired last December. Previously, Hendrick served as interim vice president for agricultural administration and interim dean for the College of Food, Agricultural, and Environmental Science at The Ohio State University. Hendrick served OSU since 2013 in a variety of roles, including as senior associate dean and director of the School of Environment and Natural Resources. Prior to that, he was associate dean for academic affairs in the D.B. Warnell School of Forestry and Natural Resources at the University of Georgia. He also was graduate program coordinator for UGA’s School of Forestry. Hendrick earned his bachelor and doctoral degrees from MSU in forestry and forest ecology.